The Tokyo 2020 (2021) Paralympics are now underway. As Nuasan is a brand for sports and active people, it makes sense that we have a keen interest in the Paralympics. Olympians are a true inspiration to us all and show us what can be achieved when you put your mind to it, have true self-belief and of course, natural talent!

History of the Paralympic Games

On 29 July 1948, the day of the Opening Ceremony of the London 1948 Olympic Games, Dr. Guttmann organised the first competition for wheelchair athletes which he named the Stoke Mandeville Games, a milestone in Paralympic history. They involved 16 injured servicemen and women who took part in archery.

The Stoke Mandeville Games later became the Paralympic Games which first took place in Rome, Italy, in 1960 featuring 400 athletes from 23 countries. Since then they have taken place every four years.

In 1976 the first Winter Games in Paralympics history were held in Sweden, and as with the Summer Games, have taken place every four years, and include a Paralympics Opening Ceremony and Paralympics Closing Ceremony.

Since the Summer Games of Seoul, Korea in 1988 and the Winter Games in Albertville, France in 1992 the Games have also taken part in the same cities and venues as the Olympics due to an agreement between the IPC and IOC. 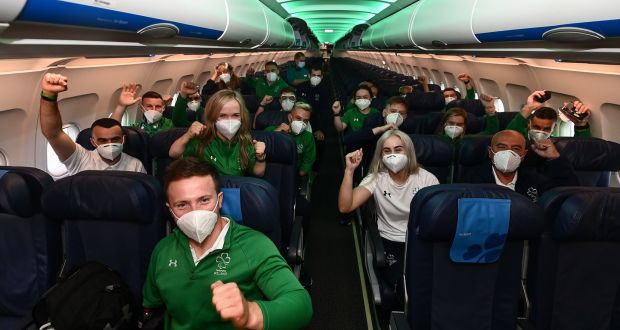 29 Athletes have qualified for the Tokyo 2020 Paralympic Games in 27 slots representing Team Ireland in 9 sports. The Games get underway on August 24th in Tokyo and this is the team that will be carrying the hopes of Ireland with them:

Keep up to date

Ireland has already succeeded at the games with Ellen Keane taking gold in the SB8 100m breastroke. Keep up to date and track Team Ireland's progress at the games by following Paralympics Ireland on Twitter!